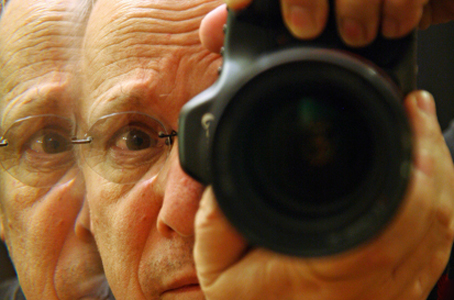 RESUME
Gerry Goodstein has been photographing on, off and off-off Broadway and in regional theaters from coast to coast for over 30 years. His credits include the Pulitzer Prize winning productions of TALLEY’S FOLLY, CRIMES OF THE HEART, TORCH SONG TRILOGY and THE PIANO LESSON. But his greatest pleasure derives from creating long term relationships with those he photographs. Gerry has served 15 or more years as production photographer for companies such as Theatre For A New Audience, Shakespeare Theatre of New Jersey, The Irondale Ensemble, Connecticut Repertory Theatre, CSC (Classic Stage Co.), Jean Cocteau Rep., Repertorio Espanol, Circle Rep., Walnut Street Theatre, Manhattan Theatre Club and Papermill Playhouse. In all, he has photographed over 2,000 productions in his career.
Gerry’s work has appeared in publications worldwide. One of his photos of the broadway production of THE PIANO LESSON was the first ever theater photograph to run on the front page of The New York Times. Additionally, he was part of a group exhibit, Broadway in the twentieth century, at the NY Center for Photography and had a one man exhibit of his theater posters at The Irondale Ensemble in New York City.